5 Most Overrated Teams in College Football 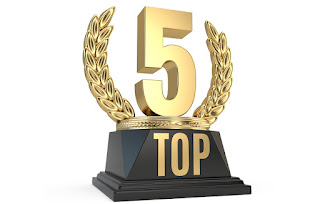 College football season is only a few weeks away. We are already beginning to be flooded with preseason rankings. Here are the teams that will prove themselves overrated this college football season:
Honorable Mention- Louisville. Lamar Jackson fell apart at the end of the season leaving Heisman voters wishing they could get their votes back. He’s a good kid, elite athlete, but he is not elite enough of a passer to lead this team to an ACC title. The Cardinals will likely get to 10 wins due to a non-conference schedule that would make Washington blush.
5. LSU-Please stop trying to sell me on LSU being able to unseat Bama for the SEC West crown. Not happening. Not even if their quarterback Jalen Hurts gets hurt. The Tigers have to get out of the “run and punt” style of offense they had under Les Miles and step in at least a 2010 offense.
In my mind I like the idea Ed Orgeron was hired as head coach. But if I’m judging from his last time he was a head coach without the interim tag (Ole Miss), I realize things could go badly. Derrius Guice might be the nation’s best running back. And as usual the Tigers are stacked with talent on defense with Arden Key (LB) and Donte Jackson (CB) leading the way. Unfortunately, the SEC is Alabama, and everybody else and LSU is an everybody else.
4. Texas-Tom Herman is in, Charlie Strong is out. Texas is back. Texas is a Top 10 team! Slow all the way down and come back in a year or 2. Expectations of burnt orange fans are completely out of whack. But eclipsing the 5 wins from last year shouldn’t be too difficult with this schedule. The Longhorns have talent but depth is an issue, especially on the offensive line. You already know, if you can’t protect your quarterback, you can’t play football. I really hope Shane Buechele’s parents took out an insurance policy on him. He may be running for his life a lot this season. There is good news though. If Tom Herman can keep his QB upright, they have playmakers in Collin Johnson and Devin Duvernay at WR. Todd Orlando is the new defensive coordinator and there’s nowhere to go but up from last years’ Swiss cheese D.
3. Florida- Unless Jim McElwain got a Steve Spurier offensive blood transfusion expect to see another season of non-explosive offensive football. The Gators finished 100th in scoring in 2015 and 107th in 2016. This Florida team is underwhelming. I could name a bunch of defensive players that will keep them in games, but I won’t. This team could very well win the SEC East, but if a tree falls in the forest and no one is there to hear it did it really happen?
2. Michigan- Back to back years, this is becoming a trend. Aside from games against Penn St and Ohio St, this schedule looks like a snoozer. George, what about Florida week 1 and the Wisconsin game? What about it? Sounds like 13-10 ballgames with teams below average offenses masquerading as defensive juggernauts. Michigan only returns 5 starters, and will be playing a ton of freshman. There is good news Wolverines fans. Jim Harbaugh is your coach. If anyone can grind out a 10 win season on the backs QB Wilton Speight and RB Chris Evans it’s the khaki man.
1. Washington- The Huskies non-conference games with Rutgers, Montana, and Fresno State is somehow weaker than last years schedule. To make their schedule even easier, UW plays Oregon, Washington St, and Utah all at home, and avoids USC altogether. I believe Chris Peterson is a great coach. I believe Washington will have a good running game with Miles Gaskins and Lavon Coleman. I believe D Coordinator Pete Kwiatkowski will be able to field a formidable defense despite losing Budda Baker, Sidney Jones, Kevin King, and Elijah Qualls to the NFL. But they will not be battle tested and will probably lose a game because I DO NOT BELIEVE IN JAKE BROWNING. How could I say that? He threw for 3,430 yards and 43TDs last year. Browning was carried by the Husky defense. They created easy scoring opportunities from short fields. He did not impress in games vs. Arizona, Utah, USC, Colorado, and Alabama. Even if Washington does finish undefeated expect to hear grumblings about leaving them out of the Top 4.
FacebookTwitterLinkedInRedditWhatsapp The Truth and Lies About Colin Kaepernick