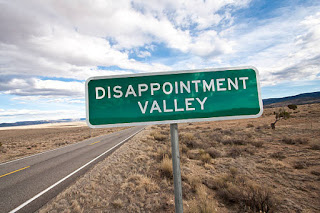 Yesterday’s list featured the 5 most overrated teams in College football this season. This list is different. These are the 5 teams most likely to disappoint their fan base. The unique part about this list is that some of these schools have National Championship caliber teams and some are teams looking to bounce back from a down year. These teams all have the same thing in common. At the end of the year they will be one play, one penalty, one injury, one dropped pass, or one missed field goal away from football fan euphoria.
5. Oklahoma– Not your fault your coach Bob Stoops retired abruptly. At least he waited until after the recruiting class was signed. Lincoln Riley was the offensive coordinator of the high-powered Sooners offense, now he’s the head ball coach. Coming off of 3 straight BIG XII titles expectations are high in Norman. The signal calling magician with the heart of a lion, Baker Mayfield is back. The offense will be fine despite losing so many playmakers to the NFL (Westbrook, Perine, Mixon). The defense on the other hand will have its hands full with BIG XII offenses and Ohio State in the shoe. Last year the Sooners gave up over 28ppg. Again, the defense will stand between the Sooners having a really good season and being real National Championship contenders.
Vegas win total: 9.5 (Over -140, Under +110)
4. Notre Dame– This is an exciting schedule for college football fans everywhere! Take note SEC, ACC, Pac-12, B1G, and Big XII, 11 Bowl teams and Michigan St on the schedule. That was the good news, now time for the bad news. The Irish are going to massively disappoint this season. In 2016, ND finished 4-8 with 4 soul-crushing defeats by 3 points or less. When I look at the schedule I cannot figure a way they get to 10 wins. Freshman QB Brandon Wimbush was highly coming out of high school, but is still inexperienced. Mike McGlinchey and Quenton Nelson are All-America candidates on an offensive line that returns four starters. While they Irish may be able to protect their QB, the question is can they stop an opponents offense. Last year the Notre Dame defense was almost as painful to watch as my Ducks. The Irish will try really hard this year, and fight hard. Anything over 7 wins should will be a victory.
Vegas win total: 7.5 (Over -130, Under EVEN)
3. Georgia– Even with Kirby Smart instead of Mark Richt as the coach, Georgia is gonna be Georgia. The Bulldogs fan base is excited and energized. Nick Chubb and Sony Michel will share the backfield again. Jacob Eason has the potential to be a good quarterback. The defense returns 11 starters, linebackers are the best unit on the team, and the secondary has 3 seniors.  Georgia’s schedule is super light, 3 very winnable non-conference games, and SEC schedule without Bama or LSU. What could possibly go wrong? I’m not sure, however, I am sure that the Bulldogs will find a way to get 9 wins out of what should be 11.
Vegas win total: 8.5 (Over -130, Under EVEN)
2. USC– The Trojans have a shot at the national championship with sophomore Sam Darnold at QB. He is the preseason favorite for the Heisman and favored to be the #1 pick in the 2018 NFL draft. The Trojans also have Ronald Jones at RB, who might be the most dangerous back in college football. So what could go wrong? A lot. Try having 12 straight games without a bye week, 11 of which are against Power 5 opponents. The one non Power 5 school that USC plays is Western Michigan. They won 13 games last season. Needless to say, a simple injury that a bye week could usually fix might derail the Trojans National Championship hopes. This is a really good team. One way or another head coach Clay Helton will answer all questions about if he the guy to lead the Trojans long term.
Vegas win total: 9.5 (Over -180, Under +150)
1. Florida State– I believe this team is a National Championship caliber squad if they can protect their sophomore stud QB Deondre Francois for change. The ACC was the toughest conference in college football last season. If that trend repeats, one loss in tough games against Clemson, Louisville, NCST could cost them a chance to play in the ACC title game and likely mean no College Football Playoff bid. The Seminoles defense will be stout with the nations best defender, Derwin James, back in the fold. Oh… I almost forgot about that game against Alabama week 1. And Miami… And Florida. Good luck Seminoles fans. You are going to need it. The good news is that (depending how everyone else shakes out) you might be able to fade 2 losses and make the CFP top 4. At the end of the day, this feel like another 1 play away season.
Vegas win total: 9.5 (Over -150, Under +120)
How many wins are you giving each team? Which team do you think is most likely to disappoint in 2017?
FacebookTwitterLinkedInRedditWhatsapp

5 Most Overrated Teams in College Football

College Football’s 5 Most Underrated Teams of 2017