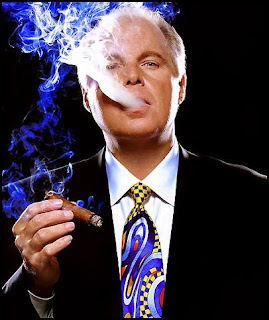 I know we as NFL players are supposed to be quiet about certain issues but I MUST speak for my peers/brothers who go to work and lay it on the line every week. Everyone knows that the NFL owners, commissioner, and players are all charged to “Protect the Shield”. The commissioner and owners have made it glaringly clear with the frequent suspensions of players that the NFL will clean up its image. It is important for everyone associated with the NFL to maintain a high level of integrity including owners. I love the game of football and the NFL for all that it has given me and opportunities it has afforded me. This is exactly why I MUST say what my peers want to say but most feel like they cannot.
Rush Limbaugh, voted the most influential person in talk radio with over 13 million listeners per week wants to become an NFL owner, specifically of the the St. Louis Rams. Limbaugh is partnering with Dave Checketts, owner of the St. Louis Blues (NHL) in a bid to buy the team. Approving Limbaugh, even though he would not be the sole owner of the team, would be a Gigantic step back for the league as a whole and compromise the “Shield”. He is a racist, bigot, and an idiot for so many of his comments that are spoken from the heart. Here is a brief list:
“Feminism was established to allow unattractive women easier access to the mainstream.”
“I mean, let’s face it, we didn’t have slavery in the country for over 100 years because it was a bad thing. Quite the opposite: slavery built the South. I’m not saying we should bring it back; I’m just saying it had its merits. For one thing, the streets were safer after dark.”
“They’re 12 percent of the population. Who the hell cares?”
“Look, let me put it to you this way: the NFL all too often looks like a game between the Bloods and the Crips without any weapons. There, I said it”

With these type of comments can you image how he would run a franchise? How would he treat his players and employees both white and non-white? The growing diversity in the front office will be stifled with ownership like this. The NFL is America’s favorite game based on television ratings and revenue. America is made up of almost every race and creed represented on the planet, does the NFL want one of the leaders of the league to be spreading hate, closed-minded thinking, and messages against everything the NFL stands for.
In a league where 67% of its players are African American, 25% of its League office are non-whites, 19% of its senior administrator positions are women, and 5 out the last six Superbowl teams have either had an African American coach or General Manager (Tony Dungy (Colts),Lovie Smith (Bears), Mike Tomlin (Steelers), and GMs Jerry Reese (Giants), Rod Graves (Cardinals). The NFL and NFLPA cannot stand for Limbaugh to hold a position of power in the greatest professional sport. Limbaugh doesn’t believe a good portion of the leagues employees are qualified, capable, or matter enough to respect their interests. Imagine how players would feel to play for an owner that feels you are inadequate mentally, and less of a person than he is simply because of the color of your skin or your gender. The very people who would be buying tickets, jerseys, hats and concessions are the very same people Limbaugh would be looking down his nose at from the owners suite in disgust.
In the last few years the owners, GMs, coaches, scouts and NFLPA have made drafting players of good character paramount. There also has been a big push to emphasize and reiterate to the veterans how much of a privilege playing in the NFL is and not to take it for granted. With this same logic the “powers that be” in the league must maintain the same standards for approval of potential owners of franchises.
The Y.E.T. program, United Way, hurricane/tornado relief projects are just a few of the many community programs the NFL is directly involved with that emphasize things like fair play, community service, education, remaining drug free, and equality. To his credit Limbaugh does raise money for a cure for Leukemia and Lymphoma so he is not just heartless. At the end of the day does he represent any of these qualities important to the NFL? 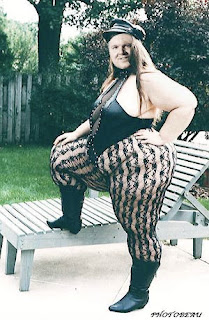 I am proud to be an NFL player and member of an exclusive fraternity of professional athletes. I want the league to continue to prosper and grow in the right direction. As quickly as the NFL has blossomed in the last 20 years, it can crumble just as fast. The NFL is very important to me that’s why I will not sit quietly and not let my voice be heard about something I love so much.