Finally, we are here, at the meat and potatoes of the NFL season. This is the point in the season where the cream rises to the top, and the rest fall by the wayside. In the first few weeks of the season, the standings are muddy. All the teams are separated by only a game or so. Now you will see glaring differences between contenders and pretenders. There is a lot of football left. I will let you in on the key match ups to watch out for, and players who will have a direct impact on the playoff picture. If everything about your team or favorite players is not flattering, don’t be mad at me. Facts are Facts. Leave your comments below. 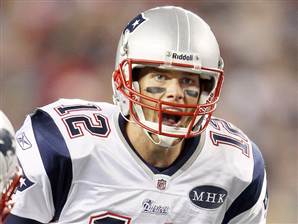 New England vs Pittsburgh– The game of the day! This game will rest on the shoulders of both teams defense. There have been serious questions raised about both defenses. The much maligned New England run defense will get a test this week when they visit the steel city. Old, long toothed, aging, and gray haired are just a few of the adjectives used to describe the Steelers defense. The Patriots defense showed up tough at the end of the Cowboys game, so I know they can play D when they need to. Since their week 1 shellacking by the Ravens, the Pittsburgh defense has ranked 3rd in the NFL. They are giving up 107 yards per game on the ground which is not typical, but the Patriots are not exactly rushing juggernauts. The Steelers defense is great but the Patriots have the great equalizer… Tom Brady! I’m excited to watch this game, but I think we will see a rematch in the AFC Championship game. PATRIOTS 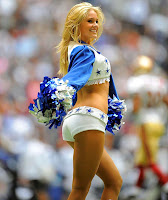 Dallas vs Philadelphia– Big rivalry games in college football have nicknames. Dallas vs Philly. The Individuals were supposed to become a team and make the playoffs! Asante Samuel is making me doubt everything I said. There is an obvious fracture between him and the front office and coaches. I’m afraid his issues will spill into the locker room and destroy my prediction of the Eagles being the first 1-4 team to make the playoffs. I have Dallas missing the playoffs this year and Eagles making it, but who knows now. I will not pick the winner of this game, but I will say, whoever wins this game will make the playoffs. Since I didn’t pick a winner, I gave you a Cowgirl instead!
New Orleans vs St. Louis– Sean Payton will be coaching from the booth but don’t expect this game to be a repeat to Jaguars/Ravens on Monday Night. The Saints will cruise to victory. Which player playing in this game has 45 rec 674 yards 5 TD? I’ll wait… Tight End Jimmie Graham. SAINTS

Detroit vs Denver– I wish these two teams weren’t playing this week. I have been very vocal on my twitter about being a Tebow supporter. I also said that Detroit Dougies were in for a reality check after all that dancing on Monday Night Football. The Dougies dropped two games in a row, and I think they rebound this week. So if Detroit wins, I’m right, but Tebow loses. Ugh! If Stafford plays… Detroit wins. DETROIT 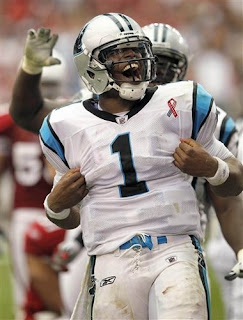 Minnesota vs Carolina– Cam…Cam…Cam! I did not expect this at all. The Panthers have had an opportunity to win every game this year. In the preseason, it looked like Cam would lean on his tight ends more and his receivers could struggle. Wrong! Newton is throwing for a lot of yards, and Steve Smith is on pace for a career year. Reality is, for now, Cam is a rookie and middle of the road passer.  He has only 8 touchdowns vs 9 ints, but to his credit, he is 2nd in the league in rushing touchdowns. With the exception of Adrian Peterson, where are the running backs who got paid this year (i.e. Chris Johnson, Deangelo Williams)?
I’m really excited about this game, Christian Ponder vs Cam Cam Cam. Neither team will make the playoffs this year, but there is hope for the future in both places. I will watch this game and won’t care who wins because I know I’m in for some excitement from Cam, Peterson, and Harvin. Superman is in the building! PANTHERS

San Diego vs Kansas City– This a battle between one of the most explosive offenses in the league vs one of the NFL’s worst. The Chiefs had the potential to be a very explosive offense, but the loss of speedy running back Jamaal Charles and tight end Tony Moleaki have put a dent in the Chiefs offense. With wins over the Vikings, Colts, and the blowout of Oakland last week, 3-3 KC is very deceiving. San Diego already beat KC in week 3, but neither team had any outstanding performances. Fantasy owners: Vincent Jackson, Phillip Rivers, and Dwayne Bowe will produce this week. CHARGERS 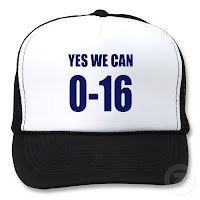 Indianapolis vs Tennessee– I can only give you one good reason to watch this game: Chris Johnson. He has to get going soon… right? This could be the game. Johnson is on pace to rush for a whopping 716 yards on the ENTIRE season. This is why he is not on the top running back list right now. Back to the game. If tennessee hass any chance to win the division and make the playoffs, this is a must win. The Titans were looking good before Kenny Britt got hurt. They are now playoff pretenders. Indy is in the Andrew Luck sweepstakes vs Miami, but this is a game they could accidentally win. TITANS?

Jacksonville vs Houston– Andre Johnson may play against the Jags. Fantasy owners wait to start him until next week even if he does play. Jacksonville played their best game of the season against the dismal Ravens offense. Even though the Jags have a good defense, expect either Matt Shaub or Arian Foster to have a big game. The Jaguars have a really good defense, but the Texans offense will be too much. The Texans will have the inside track to the playoffs in the AFC South after a win Sunday. TEXANS
Arizona vs Baltimore– This is the perfect game for the Ravens to bring their offense back to life. Expect Ray Rice to have a big game vs the Cardinals 26th ranked defense. Larry Fitzgerald got the QB he wanted, the contract he wanted, but did not get the results he wanted. With no real running game, and no #2 receiver, the Cardinals are not looking good this season. Hopefully they draft well. With all that said, I’m not sold on Joe Flacco as an elite NFL QB. If the Cardinals can get a couple turnovers and Kolb can have a good game vs Haloti Ngata (Go Ducks) and company, this could be another shocker. RAVENS

Good News Seattle, you have one of the toughest stadiums for opposing teams in the league. The 12 man is serious. After a 6-3 “shoot out” loss to the Browns, this seems like exactly what you need to get a win. Bad News, Seattle does not have a quarterback. Last week, your running back Marshawn Lynch didn’t even make it out of warmups. Cincinnati is a young team with a nice schedule that could end up 10-6 with a wildcard spot. Yes I said it… but don’t quote me just yet. Expect AJ Green, Andy Dalton, and Gresham to all have a nice game. CINCINNATI

Remember planking? New trend! #Tebowing
Miami vs New York Giants– Ill watch the highlights. GIANTS
Washington vs Buffalo– For some reason, I do not believe in the Bills yet (Don’t be mad at me Drayton). Buffalo has 9-7 written all over them. Compared to the recent past, that is a drastic improvement and fans should be proud. The Redskins look a mess. Quarterback issues, runningback issues, and injuries are piling up. BUFFALO
Cleveland vs San Francisco– With the combination of being in the NFC West and a schedule like this, it would take a major meltdown for the 49ers to miss the playoffs. 49ers
FacebookTwitterLinkedInRedditWhatsapp